By Matthias Barton and Masashi Yanagisawa
(2011) 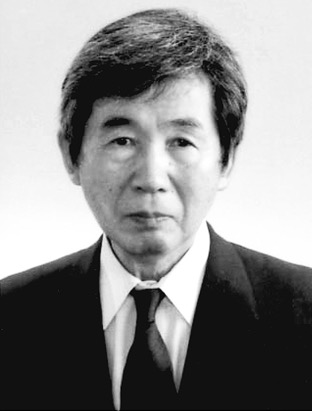 The Discovery of Endothelin

Already in the 1950s the recognition of the mechanisms controlling arterial vasomotion as an essential component of cardiovascular homeostasis using pharmacological tools became a prominent field in physiology research (Furchgott 1955). Consequently, pharmacological studies in the 1970s by Sir John R. Vane (1927-2004) and Salvador Moncada led to the identification of mechanisms indicating that endogenous vasodilator factors play a role in maintaining vascular tone (Vane 1975 ). Specifically, acetylcholine was found to have profound vasodilator effects as independently reported by both Paul Vanhoutte (1940-2019) and Toda in the 1970s (Vanhoutte 1974; Toda 1974). By the end of the 1970s, Robert F. Furchgott (1916-2009) - by luck and through an unplanned but successful experiment (Furchgott 1993) - discovered that the mechanism of acetylcholine-mediated vasodilation requires the presence intact endothelial cells through the release a dilator factor. As the identity of this factor was unknown at this point, Furchgott termed the substance EDRF (endothelium-derived relaxing factor). This discovery was published in 1980 (Furchgott & Zawadzki 1980). Both, Sir John Vane and Robert Furchgott received the Nobel Prize in Medicine or Physiology for their discoveries which was awarded to them in 1982 and 1998, respectively. Less than a year after Furchgott's paper was published, de Mey and Vanhoutte reported the release of vasoconstrictor factors from endothelial cells (De Mey & Vanhoutte 1982). The finding of the release of vasoconstrictor substances stimulated further research in this area, and within a few years later the release of a peptidergic vasoconstrictor substances was reported (Hickey et al. 1985, Gillespie et al. 1986, O´Brien et al. 1987). These reports again stimulated researchers in Japan lead by Tomoh Masaki to identify this substance (Masaki 1998), which due to its endothelial cell origin was named "endothelin". The sequences of the gene and the peptide were published in a seminal report (Yanagisawa et al. 1988).

Shortly after the cloning of endothelins (ETs), which include ET-1, ET-2, and ET-3 (Inoue 1988; Schneider et al. 2008), the cellular targets were identified and cloned. In mammals, two endothelin receptors (ETA and ETB) mediate ET actions (Schneider et al. 2008). Endothelin-1, the biologically most potent and predominant member of the endothelin peptide family, preferably binds to ETA receptors, whereas ETB receptors bind both ET-1 and ET-3. The ETB/ET-3 axis can be regarded as an endogenous "antagonist" system opposing the effects of ETA/ET-1 mediated activities. These include potent vasoconstriction, cell growth, embryonic development, renal functions, neurophysiological functions such as pain signaling, cardiovascular homeostasis, cancer cell growth, endocrine function, inflammation, pulmonary functions such as bronchoconstriction and reproductive system functions, among others.

Figure 1: Components of the endothelin system. Prepro-endothelins are formed following transcription and translation from prepro-endothelin mRNA and are subsequently processed by furin-like proteases to form big-ET intermediates that are further cleaved to three physiologically active endothelin peptides by endothelin-converting enzymes and other enzymes. The peptides interact with peptide-selective ETB receptor or non-peptide selective ETA receptors. These receptors couple to G proteins which result in the activation of physiological responses. In red, components of the pre-proET-1 -> ECE-1 -> ET-1 ->ETA receptor axis are shown which is responsible for the development of embryonic cephalic and cardiac neural crest-derived craniofacial and cardiac outflow structures, vasoconstriction, cell growth, and inflammation, among other actions. In blue, the components of the preproET-3 ->ECE-1 ->ET-3 ->ETB receptor axis are shown which is important for the development of neural crest-derived epidermal melanocytes and enteric neurons, natriuresis, and melanocyte growth. Figure reproduced from Can J Physiol Pharmacol 2008; 86: 485-498.


Endothelin in Physiology and Disease

Within a remarkably short time of only 4 years after the discovery of endothelin both its receptors had been cloned and receptor antagonists had become available. The first clinical trial in patients with congestive heart failure was performed in Zurich, Switzerland, in the early 1990s and results were published already in 1995 (Kiowski et al, 1995). Nevertheless, it took several more years and many unsuccessful clinical trials in heart failure patients until the concept of endothelin receptor blockade could be established in clinical medicine. In 2001, bosentan (Tracleer™) was the first orally active endothelin receptor antagonist to receive approval from the U. S. Federal Food and Drug Administration (FDA) for the treatment of patients with primary pulmonary arterial hypertension (PAH) based on convincing evidence of improving clinical status and survival in patients (Davenport 2002). Since, several other endothelin antagonists have become available for the treatment of pulmonary hypertension, including ambrisentan (Letairis™).

Research in the past two decades using endothelin receptor antagonists (ERAs) has resulted in a wealth of information about the role of ET-1 and its receptors in the regulation of biological functions and disease in animal models as well as in humans. Endothelins, of which ET-1 represents the predominant and biologically most relevant isoform (Kedzierski and Yanagisawa 2001), can be considered ubiquitously expressed stress-responsive regulators working in an paracrine and autocrine fashion, with both beneficial and detrimental effects (Kedzierski and Yanagisawa 2001). Endothelins exert a number of physiological functions, including neural crest cell development and neurotransmission (reviewed in Kedzierski and Yanagisawa 2001). In the vascular system, endothelin via activation of ETA receptors has a basal vasoconstricting role and contributes to the development of vascular disease in hypertension and atherosclerosis. Endothelins contribute to myocardial contractility, chronotropy (Kedzierski and Yanagisawa 2001) and arrhythmogenesis, as well as myocardial remodelling following post-infarct congestive heart failure. In the lung, the endothelin system regulates the bronchial tone (Uchida et al. 1988) and proliferation of pulmonary airways blood vessels and promotes the development of pulmonary hypertension. Endothelin also controls water and sodium excretion and acid-base balance in the kidney under physiological conditions (Kohan 2008), and promotes the development of glomerulosclerosis). In the brain, the endothelin system modulates cardio-respiratory centers and release of hormones (Kedzierski and Yanagisawa 2001) and contributes to growth guidance of developing sympathetic neurons. In addition, endothelins affect physiology and pathophysiology of the immune system, in the liver, muscle, bones, skin, in the prostate, in adipose tissue),in the reproductive tract, and are involved in glucose homeostasis.

Thirty years after its discovery it has become clear that endothelin is not merely a vasoconstrictor but that it is a multifunctional peptide with cytokine-like activity which effects almost all aspects of cell function. Although pharmaceutical companies set out to provide drugs blocking endothelin receptors within only a few years after the discovery of endothelin, it took more than 10 years for these drugs to reach the clinics. Initial clinical indications such as heart failure have been shown not to benefit from endothelin receptor blockade on top of standard treatment and are unlikely to ever become an indication for this new form of treatment. In contrast, a disease for which very strong preclinical evidence suggested therapeutic efficacy of endothelin antagonists such as pulmonary arterial hypertension meanwhile has become the first clinical indications for this new class of drugs. Similarly, results from basic science studies of diseases that are similarly associated with cell growth and/or inflammatory activation such as or resistant arterial hypertension and glomerulosclerosis or immune mediated disease such as cancer, connective tissue diseases, or chronic allograft rejection, or even metabolic diseases such as obesity or diabetes suggest that these conditions could become new indications for endothelin antagonist therapy in the near future. Well and carefully designed clinical studies are warranted to test and verify the therapeutic potential of this new class of drugs for cardiovascular medicine, nephrology, oncology and related medical fields.

Furchgott RF, Zawadzki JV.
The obligatory role of endothelial cells in the relaxation of arterial smooth muscle by acetylcholine.
Nature 1980; 299:373–376.