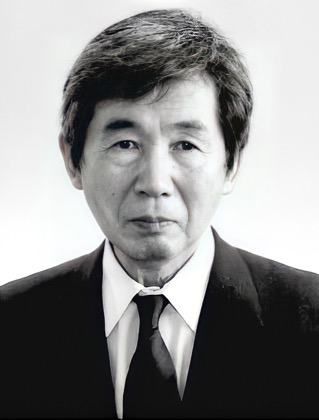 In the 1950s the recognition of the mechanisms controlling arterial vasomotion as an essential component of cardiovascular homeostasis using pharmacological tools became a prominent field in physiology research. Consequently, pharmacological studies in the 1970s by Sir John R. Vane (1927-2004) and Salvador Moncada led to the identification of mechanisms indicating that endogenous vasodilator factors play a role in maintaining vascular tone. Specifically, acetylcholine was found to have profound vasodilator effects as independently reported by both Paul Vanhoutte (1940-2019) and Noboru Toda in the 1970s. By the end of the 1970s, Robert F. Furchgott (1916-2009) - by luck and through an unplanned but successful experiment - discovered that the mechanism of acetylcholine-mediated vasodilation requires the presence intact endothelial cells through the release a dilator factor. As the identity of this factor was unknown at this point, Furchgott termed the substance EDRF (endothelium-derived relaxing factor). This discovery was published in 1980. Both, Sir John Vane and Robert Furchgott were awarded the Nobel Prize in Medicine or Physiology for their discoveries in 1982 and 1998, respectively.

Tomoh Masaki (middle) with his student Masashi Yanagisawa (right). Standing next to Masaki
is his mentor Setsuro Ebashi with his wife at Okazaki National Research Institute in 1988

Less than a year after Furchgott's paper was published, de Mey and Vanhoutte reported the release of vasoconstrictor factors from endothelial cells. The finding of the release of vasoconstrictor substances stimulated further research in this area, and within a few years later the release of a peptidergic vasoconstrictor substances was reported. These reports again stimulated researchers in Japan led by physician-scientist Tomoh Masaki (1934-2020), a former student of physician-scientist and physiologist Setsuro Ebashi (1922-2006), to identify this substance following a suggestion made by his PhD student Masashi Yanagisawa, a recent medical school graduate. The sequences of the gene and the peptide, which because of its endothelial cell origin was named "endothelin", were published in a seminal report in Nature on March 31, 1988 (Yanagisawa et al. 1988, Emoto et al, 2020).

Dr. Masaki's work and the clinical research resulting from it has been recently summarized in the article «Endothelin - 30 years from discovery to therapy». His achievements are remembered in the obituary «In memoriam: Tomoh Masaki» published in the December 2020 issue in the American Heart Association journal Hypertension.